A Weekend in Dallas

My older daughter and I flew to Texas for the tenant’s wedding this past weekend.  Before Simon got sick, we had out-ruled attending her wedding due to finances and because it was so close to our own anniversary.  Finances worked out and unfortunately there were now no conflicting anniversary plans, so I jumped at the opportunity to bond with our middle child.  The tenant had asked our daughter to be the “Girl of Honor” in the ceremony. Our daughter never says no to an opportunity to dress up and be lavished with attention. I have no idea where she gets that trait. *wink*
We arrived Thursday evening after an hour delay due to crazy weather in Dallas. No surprises there. While we waited to board the plane, our daughter shared with most of the terminal that her dad had died. That resulted in her getting a slew of new friends, an iPhone to borrow for playing games, and three bags of candy from the airport gift shop. Also, a passenger dropped some money and she pointed it out to him. She was rewarded with a $2 bill for honesty. She is learning very quickly how to work a crowd.

We were picked up in Dallas by a long time friend of Simon’s, D. It’s interesting to experience the dynamics of interacting with friends that were historically “Simon’s friend.” I haven’t heard from some since he passed, understandably. They were his friend by choice and my friend by default. Some are making a point to check in occasionally, perhaps to keep the friendship going, perhaps just to check in on my well being out of respect for Simon. And some are making the effort to transition from Simon’s friend to my friend. On Friday night, I went out with two of those folks, D and L. It was a lovely, warm, kid-less time of dinner, drinks, and conversation late into the evening. Both had been Simon’s friends since college and had kept up with us the last ten years. D spent the summer of 2001 in Houston with Simon doing missions work. L met Simon at the University of North Texas. Ironically, L and I had a Communications class together when I attended UNT and I regretted not keeping up with her. The world became smaller when Simon introduced me to one of his best friends and it was the long lost L! D and L visited individually when Simon was ill; what we experienced during those long days together was intense and bonding. Our connections run deep and they each have a special place in my heart. Always will.

The wedding on Saturday was beautiful. The tenant is Indian, so my daughter got to wear a Kurti or at least I think that’s what it’s called. She also had a bindi on her forehead.  Add a professional hairstyling and gold high heels and she may have been the cutest five year old on the planet. I surprised myself and held it together emotionally at the ceremony, even sitting next to Simon’s parents. The tenant and her husband’s love story makes me genuinely happy without feelings of jealousy or sadness. And the fact that I knew a handful of other folks at their wedding – including the son of the pastor that assisted at my own nuptials – reminded me that Texas and California really aren’t that far removed from each other. Our daughter did have a breakdown near the end of the reception as she realized the tenant’s marriage meant she would no longer be our tenant.  I assured her that the tenant will only be living 15 minutes away from us and we could visit often. 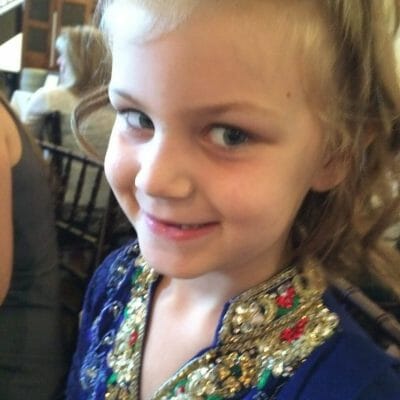 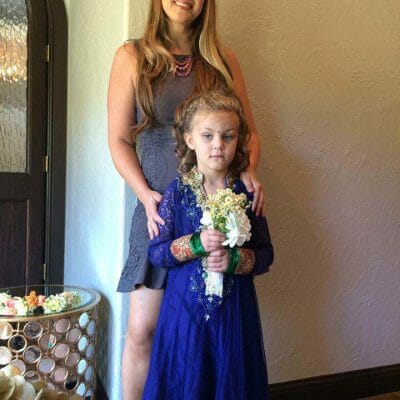 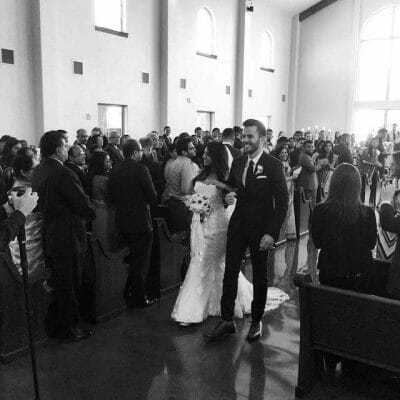 After the reception, we spent the evening at Simon’s brother’s home. Simon loved his siblings – he knew his brother faced an hour long commute to work each way and would try to catch him on the phone then so they could talk sports, politics, and life. It was wonderful to see his brother’s family, watch our daughter play with her cousin, and reminisce with his parents, aunt, uncle, cousin, D, and L. It still doesn’t seem right that Simon isn’t here. It doesn’t seem fair that we get to keep on living, eating, laughing, crying, and loving without him. On the drive back to where we were staying that night, I fought back tears. Our daughter was super tired and rambling about her fear of coyotes. Then she suddenly said she wished there was a train that traveled all the way to heaven so it could pick up Dad. Ugh. My heart. Some days I wonder how we will ever be okay or move on. But then a new day comes. And somehow we do.

We went with to church with D on Sunday. After dropping off my excited daughter in their extravagant kid zone, we attended a class for single adults in their 30’s. It was weird to be there but was good for my process. It wouldn’t have made much sense to go to a marrieds class and most widow groups I’ve looked into don’t have attendees younger than 50 or 60 years old. The speaker in our class talked about success and significance, stressing that family and who we love is priority; it’s what matters for significance. It was hard not to be cynical in my thoughts. I knew that already. I had been married nearly ten years. But I wasn’t the target demographic in that class. I don’t know if I’ll ever find a class or group specifically made up of young widows. It’s a unique predicament. I was able to get my mind off things once the contemporary service started – it was Bluegrass Sunday! It was like being at a free concert with world-class bluegrass musicians. 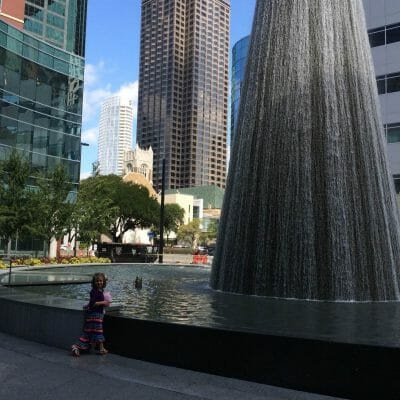 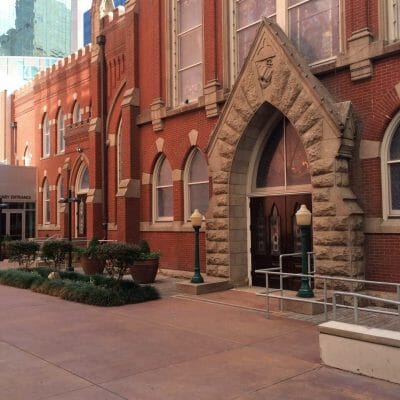 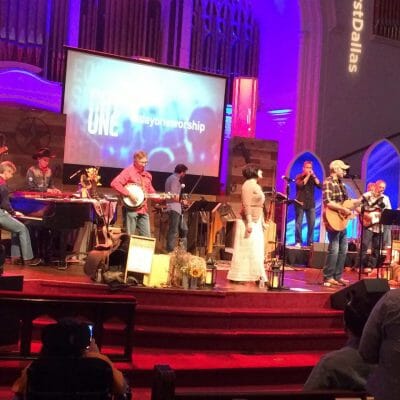 D and I spent the rest of the afternoon with friends at a relaxed outdoor eatery. My daughter was able to run around like crazy while we relaxed in the glorious sunshine of the expansive Texas sky. So much of my time was invested in my relationship with Simon. In the midst of the tragedy, it’s good on the soul to have dear friends.

After three days in the state that I fell in love with before I ever met Simon, it was time to get on the plane back to California. Ascending into the sky and watching the infinite horizon of a place that has been so influential in my life made me pretty much lose it right there. Our daughter had already fallen asleep in my lap. I stroked her hair and wiped my tears off her shoulder as I watched the landscape diminish. Those roads and sights and people mean so much to me. Gratitude, sadness, hope, and wonder were the main emotions overwhelming my thoughts. I had shared a bit of our story with an older Irish gentleman sitting next to us on the flight. His last words as we landed, somber and comforting in his soft accent, were, “And yet, somehow, life goes on.”