A noticeable change in my demeanor since Simon’s illness and death has been my desire to make new friends.  It’s just not there. When the man I loved was slipping away from life, all I wanted to do was cling to the familiar. Be with those who knew us.  Process with others who had faced tragedy too soon.  Having to explain my story to a stranger was daunting. But there have been exceptions. B is one of those exceptions.

One week after Simon was diagnosed, I received an email from her.

“Hi. I’m B and I went to school with Simon…
My aunt sent me the link to your story yesterday morning.  I instantly burst into tears… Unexpectedly reeling for him…blindsided with a painful emotions… Because I know liver cancer..I lost my husband, the father of my two beautiful young sons, to liver cancer in 2007….he was 38…I actually dreamed of him the night preceding the morning I read that email from my aunt about Simon…Which is not something that happens often…”

That email turned into weekly and sometimes daily contact.  A modern day pen pal relationship. When I thought no one could possibly understand things from my specific view, she did.  She wrote of her feelings as her husband’s days were running out:

“It’s 3am and I’ve been laying here forever trying to fall asleep but you and Simon keep being brought to the forefront of my thoughts. I’ve been keeping up and looking forward to each blog post.. Little things here and there that I feel such a connection to.  Two  weeks before C passed away we had previously purchased tickets to go see The Lion King musical at The State Fair in Texas. It was a difficult trip to Dallas from Atlanta, Texas.  C was not doing so well but he pushed through it..part of the reason it was so hard was because his abdomen and legs were so swollen. Jaundice set in strong..Standing outside in the evening air looking for the building , I could hear a band playing. We had ended up behind the stage. I wasn’t sure who is was but I was curious and then I heard the first rifts of Tunnel..by Third Day (chills everytime). We didn’t usually listen to the Christian stations but C and I both were aware of Third Day and Tunnel especially. He liked the song, which made me happy. I was waiting for the light at the end of the tunnel for sure…C as well… I think he knew more than I did that the lights we were waiting for may be different.. It was then as that song played behind us that we finally found the entrance to our show. Up the stairs and into the balcony to see the most wonderfully moving version of The Lion King I had seen. My 3 year sitting with his daddy enthralled…and Mufasa (Dad) dies protecting Simba…. No tears from our little son but I looked at C and saw the glazed over look in his eyes which hit me like a ton of bricks..his thoughts were where mine were…..”Never forget who you are,” Mufasa says to his confused son from the Heavens…in the days after C passed, Mufasa and Simba helped me to help them understand…the look on our son’s face the last time he saw his daddy is forever etched in my memory….

You know, I don’t know if I have anything to offer you… Just my story. C’s story.  My sons’ story.  A chance to talk about C…which I don’t get to do much anymore… People come and go… But the loss is still there. I miss him every day.”

Her story is my story. The details are different but the emotions, the heartache, the loneliness, the losses are the same.

After five months of electronic communication, we met.

We met in the backyard of Simon’s childhood home. It was like catching up with an old friend.

Our fatherless sons played like regular eight and ten year old boys do – climbing, discovering, and, teetering on the edge of trouble.

We have a unique synchronicity – a tremendous loss too young, children whose worlds will be shaped in a different rhythm, and an ache that may dull but will always invade a piece of our hearts.

And we both dream of bright tomorrows filled with new adventures and love. 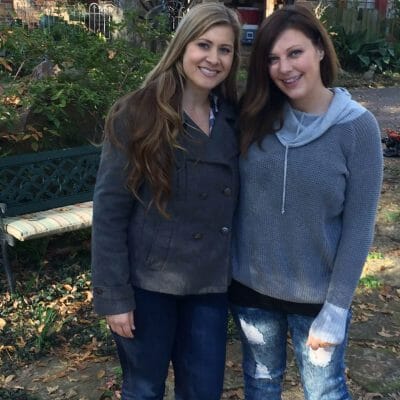 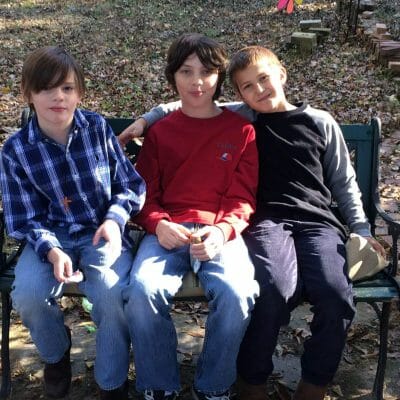